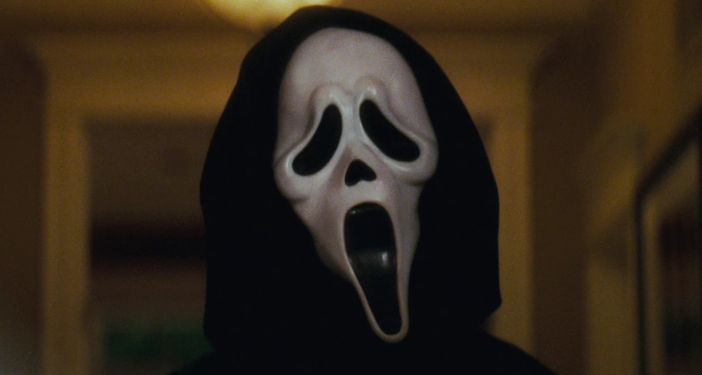 “It’s a darker, almost more grounded, evolved version of the mask,” says Mina Lefevre, MTV’s senior vice president and head of scripted development. “It’s something we’re constantly talking about. How did that mask become that mask? What’s its purpose? How did it evolve? If the Scream movie mask was the more plastic version, for a lack of a better description, this one is a more organic looking and frankly darker version.”

Lefevre—who insists not using Ghostface had nothing to do with rights issues—promises that the spirit of Kevin Williamson and Wes Craven’s films are intact. “Scream was incredibly iconic, but we wanted to reinvent that for TV while of course keeping all the main elements that made it so iconic, including a mask, but also the soapy teen stories, pop culture humor, the scares, and the killer,” she says. “We’re tonally walking that line, yet delivering the scares in a significant way. The mask was a big discussion creatively. We wanted to get a nod and a wink to what the original was, but we definitely wanted to make it more on par with what horror is now, which is darker.”

Still, that doesn’t rule out ever seeing the Ghostface mask. “It’s a little preliminary, obviously, because we haven’t even started our writers room, to say that we will never see that other mask or not,” she adds.