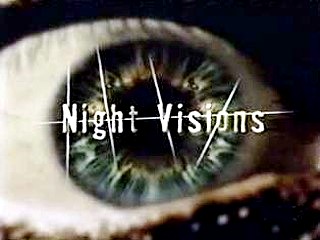 
Night Visions is an anthology series similar to The Twilight Zone - some tales are supernatural, others are just commentaries on twisted human nature. Each hour episode is made up of two half-hour episodes aired back-to-back.