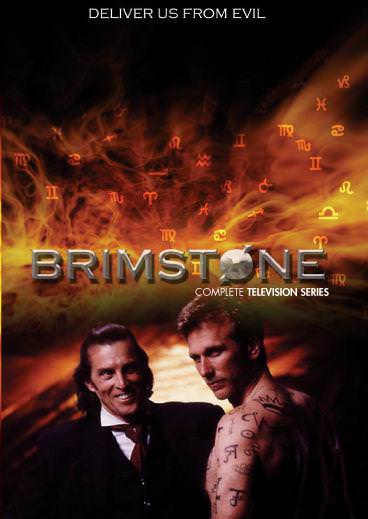 
Ezekial Stone, a former cop, planted evidence on his wife's rapist whom was subsequently convicted. While incarcerated the rapist was killed, thus rendering Stone a murder. Later, Stone was himself killed by a criminal. He is sent to Hell for his crime. However, 113 evil souls have escaped, and the Devil sends him back to Earth to recover them. Both Stone and the escaped souls can only be harmed or killed by each other, and they can be sent back to Hell if their eyes (the "windows to the soul") are destroyed. If Stone can recover all 113, then he'll be given a second chance at life...or so the Devil says.


Ezekiel awakens every morning (though he does not actually need sleep) to find $36.27 in his pocket, which was the amount he died carrying. He also awakens in the same clothes in which he died and does not feel pain – unless inflicted upon him by another one of the damned. He does have his police pistol on him, however, and it is the main weapon he uses against the damned – although sometimes he has to resort to more creative ways to bring in his prey.

Zabilježio si pa će se pogledat.
"And if you happen to be walking along a lonely country road one night and you see your favorite aunt coming toward you, good luck to you too."