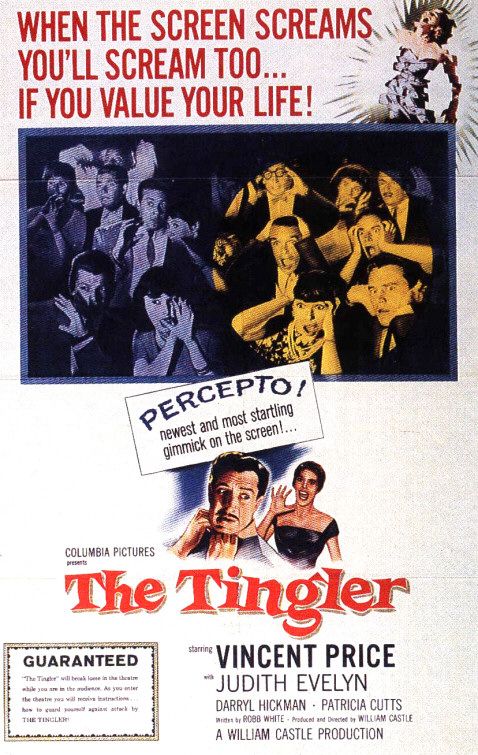 
Storyline:
Dr. Warren Chapin is a pathologist who regularly conducts autopsies on executed prisoners at the State prison. He has a theory that fear is the result of a creature that inhabits all of us. His theory is that the creature is suppressed by our ability to scream when fear strikes us. He gets a chance to test his theories when he meets Ollie and Martha Higgins, who own and operate a second-run movie theater. Martha is deaf and mute and if she is unable to scream, extreme fear should make the creature, which Chapin has called the Tingler, come to life and grow. Using LSD to induce nightmares, he begins his experiment.