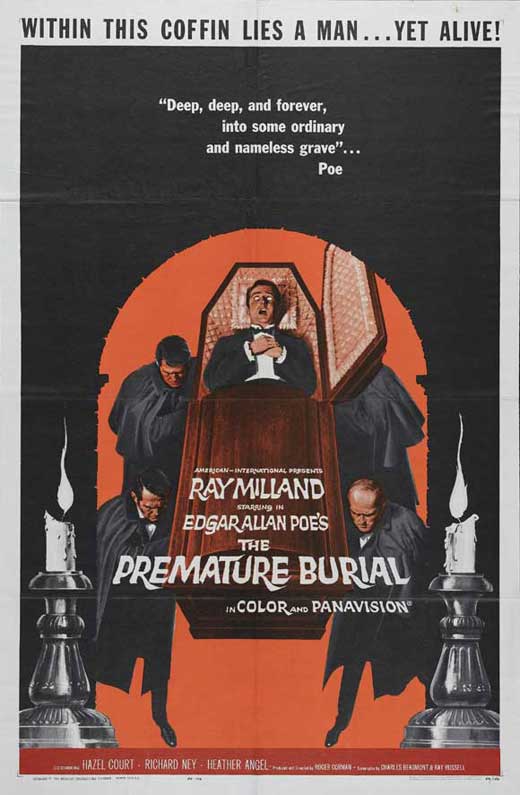 
Emily Gault arrives at the Carrell mansion determined to rekindle an old relationship with Guy Carrell, despite the disapproval of his sister, Kate. Guy overcomes his all-consuming fear of being buried alive long enough to marry Emily but soon becomes obsessed again, building a crypt designed to guarantee that he will not fall prey to his most dreaded nightmare. Trying to prove that he has been cured of his phobia, he opens his father's tomb and is shocked into a catatonic state. His worst fears are realized as he is lowered into a grave and covered over, apparently never to learn that the treachery of someone very dear to him was directly responsible for his predicament.

odličan poster, will check this out
Top