SADRŽAJ:
"- Kung fu Kung-fu movie about a spoiled youngster, Young Leong Tsan, who hates books and conventions but is obsessed by martial arts. His rich father dotes on him so much that handsome payments are awarded to people who manage to lose gracefully to his son, and Young Leong soon comes to think he is the best fighter in Canton.
After a humiliating defeat at the hands of an actor in a traveling theatre company, the son resolves to find a better teacher."

O FILMU:
- Simply put, this is one of the best martial arts movies ever made. But of course, as a fan, you all know everything about this movie. The Prodigal Son is arguably the best film Sammo Hung has directed. It has been praised by aficionados for its detail in portraying the Wing Chun style of kung fu which Sammo had taken great interest in. In truth, the film lives up to its reputation and stands the test of time as an entertaining action film and homage to the conventions of chop-socky films that have gone before.

- Yuen Biao shines in his second starring role with the boyish charm and acrobatic grace that his fans would come to expect. The martial arts scenes are excellent, particularly the training scenes with Sammo and the final fight at the end which would be to painfully brutal to watch if it weren’t so perfectly staged.
"The difference between a democracy and a dictatorship is that in a democracy you vote first and take orders later; in a dictatorship you don`t have to waste your time voting. " PLOT:
"- Young Jim Hawkins, while running the Benbow Inn with his mother, meets Captain Billy Bones, who dies at the inn while it is beseiged by buccaneers led by Blind Pew. Jim and his mother fight off the attackers and discover Billy Bones' treasure map for which the buccaneers had come. Jim agrees to sail on the S.S. Espaniola with Squire Trelawney and Dr. Livesey to find the treasure on a mysterious isiand. Upon arriving at the island, ship's cook and scaliwag Long John Silver leads a mutiny of crew members who want the treasure for themselves. Jim helps the Squire and Espaniola officers to survive the mutiny and fight back against Silver's men, who have taken over the Espaniola."

O FILMU:
- Shiver-me-timbers, this is the best version of the Robert Louis Stevenson classic! In fact it is a model of cinematic adaptation. Closely following the book, with whole scenes and dialogue taken straight from its pages, the film never bogs down into the kind of stuffy lifelessness that sometimes afflicts adaptations attempting to be faithful to their literary source. Indeed Frazier Heston's screenplay and direction capture the brisk, page turning pleasure of the book nicely. Add to his sure direction, wonderful locations, a picture-perfect cast and a rousing music score by the Chieftains and you have one of the best pirate movies ever made. And for once they really are pirates and not watered down, sentimentalized versions of them. They're cut-throats all, a scurvy lot of thieves, superstitious and dirty. You can just smell their stench under the hot tropic sun and lush vegetation of Skeleton Island. PLOT:
"- D'Artagnan has become a Musketeer. Protestants hold La Rochelle, and the Queen loves Buckingham, who'll soon send ships to support the rebels. Richelieu enlists Rochefort to kidnap Constance, the Queen's go-between and D'Artagnan's love. The Cardinal uses the wily, amoral Milady de Winter to distract D'Artagnan. But soon, she is D'Artagnan's sworn enemy, and she has an unfortunate history with Athos as well. Milady goes to England to dispatch Buckingham; the Musketeers fight the rebels. Milady, with Rochefort's help, then turns to her personal agenda. Can D'Artagnan save Constance, defeat Rochefort, slip de Winter's ire, and stay free of the Cardinal?"

O FILMU:
- This film is part two of the movie "Three and Four Musketeers".
This film is somewhat more serious in tone as is warranted by the events described in the book. Not quite as fun as the first movie but true to the classic story writen by Dumas back in 1850.

This set of films (3 and 4 Musketeers were filmed at the same time and released 8 months apart) ranks right up there with "Raiders of the Lost Ark" and "Robin Hood" (with Erol Flynn) as one of the best in its genre (action/adventure). As an historian, I enjoyed the small touches of historical accuracy in the film. As far as I can tell, everything is just about bang-on: the costumes, the settings, the weapons, the street life, and the musketeers themselves (and yes I know the story is not "true"). The two films are quite faithful to the classic book by Alexander Dumas given some small and reasonable changes.

The sword-play in the film is the greatest! The initial duel against the Cardinal's men in the Convent is a masterpiece of choreographed combat. The battle that takes place early in the second film is hysterically funny as our heroes try to eat lunch in the middle of a war.
The actors and actresses are all wonderful, especially Michael York, Oliver Reed, Faye Dunaway, and Charlton Heston. One small weakness in the film is that it does not have the time or interest in describing how Milady de Winter seduces her jailor. I suggest reading the book to get a full understanding of that sequence of events.

Be warned, prolonged exposure to this film is likely to result in a desire for fencing lessons and historical reenactments.
Bottom line: A great film. 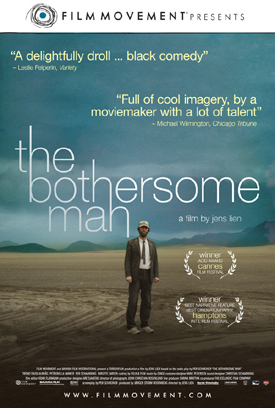 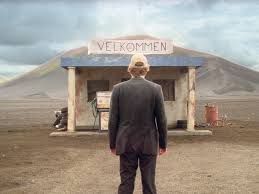 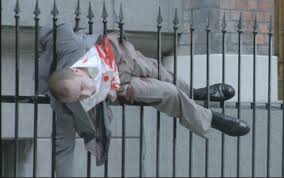 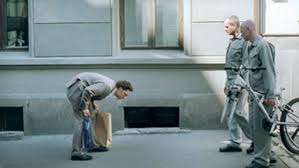 An evil gang attacks the Chi school of Golden Sword Kung Fu. One student sacrifices his life to save his teacher and his school, his dying wish is that his son be taken in as a student. Young Fang Kang grows up in the school and treasures his father's broken sword and the memory of his father's sacrifice. The other students (including the teacher's daughter) resent him and try to drive him away. The teacher's daughter challenges him to a fight and when he refuses she becomes enraged and recklessly chops off his arm! He retreats, broken and bloody, and is found by a young poor girl living alone who nurses him back to health. Meanwhile, the evil gang who originally attacked the Golden Sword school develops a weapon that renders the Golden Sword useless and starts killing off all of the schools students. Fang Kang eventually recovers with the girl's help but must now face a life with only one arm. Will he be able to recover and live to defend the school as his father did? 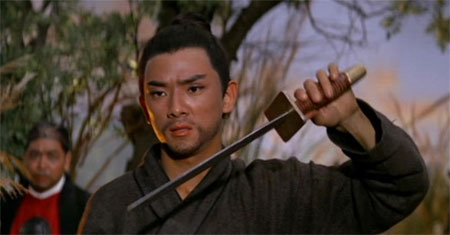 But, you know, I knew something must be rotten in Denmark. There was no way you could like me that much. Man, I can't tell you how relieved I was when you took off your dress, you... you didn't have a dick.
Top
Post Reply
386 posts