Nevjerojatno je koliko fali. Kako bi pljuvao ove danas sve ajoj. Tako nam itreba. Nema nikih problema sve je divno i krasno.
"And if you happen to be walking along a lonely country road one night and you see your favorite aunt coming toward you, good luck to you too." 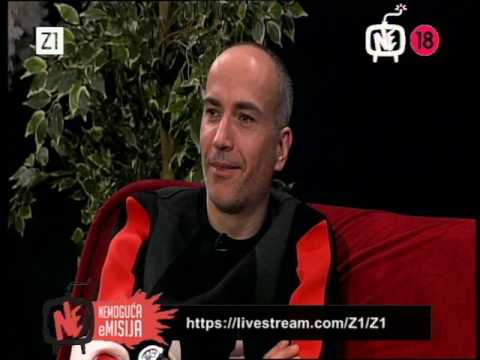 To je jedna od onih mitskih knjiga o kojoj sam čuo toliko dobroga. Nabavlja se ovo odmah.
"And if you happen to be walking along a lonely country road one night and you see your favorite aunt coming toward you, good luck to you too."

1 - James McDougal - Clinton's convicted Whitewater partner died of an apparent heart attack, while in solitary confinement. He was a key witness in Ken Starr's investigation.

2 - Mary Mahoney - A former White House intern was murdered July 1997 at a Starbucks Coffee Shop in Georgetown. The murder happened just after she was to go public with her story of sexual harassment in the White House.

4 - Ron Brown - Secretary of Commerce and former DNC Chairman. Reported to have died by impact in a plane crash. A pathologist close to the investigation reported that there was a hole in the top of Brown's skull resembling a gunshot wound. At the time of his death Brown was being investigated, and spoke publicly of his willingness to cut a deal with prosecutors.

7- Ed Willey - Clinton fund raiser, found dead November 1993 deep in the woods in VA of a gunshot wound to the head. Ruled a suicide. Ed Willey died on the same day his wife Kathleen Willey claimed Bill Clinton groped her in the oval office in the White House. Ed Willey was involved in several Clinton fund raising events.

8 - Jerry Parks - Head of Clinton's gubernatorial security team in Little Rock. Gunned down in his car at a deserted intersection outside Little Rock. Park's son said his father was building a dossier on Clinton. He allegedly threatened to reveal this information. After he died the files were mysteriously removed from his house.

9 - James Bunch - Died from a gunshot suicide. It was reported that he had a "Black Book" of people which contained names of influential people who visited prostitutes in Texas and Arkansas.

10 - James Wilson - Was found dead in May 1993 from an apparent hanging suicide. He was reported to have ties to Whitewater.

12 - Bill Shelton - Arkansas State Trooper and fiancee of Kathy Ferguson. Critical of the suicide ruling of his fiancee, he was found dead in June, 1994 of a gunshot wound also ruled a suicide at the grave site of his fiancee.

13 - Gandy Baugh - Attorney for Clinton's friend Dan Lassater, died by jumping out a window of a tall building January, 1994. His client was a convicted drug distributor.

15 - Suzanne Coleman - Reportedly had an affair with Clinton when he was Arkansas Attorney General. Died of a gunshot wound to the back of the head, ruled a suicide. Was pregnant at the time of her death.

17 - Danny Casolaro - Investigative reporter. Investigating Mena Airport and Arkansas Development Finance Authority. He slit his wrists, apparently, in the middle of his investigation.

18 - Paul Wilcher - Attorney investigating corruption at Mena Airport with Casolaro and the 1980 "October Surprise" was found dead on a toilet June 22, 1993 in his Washington DC apartment. Had delivered a report to Janet Reno three weeks before his death

20 - Barbara Wise - Commerce Department staffer. Worked closely with Ron Brown and John Huang. Cause of death unknown. Died November 29, 1996. Her bruised, nude body was found locked in her office at the Department of Commerce.

23 - Barry Seal - Drug running pilot out of Mena, Arkansas, death was no accident.

24 - Johnny Lawhorn Jr. - Mechanic, found a check made out to Bill Clinton in the trunk of a car left at his repair shop. He was found dead after his car had hit a utility pole.

25 - Stanley Huggins - Investigated Madison Guarantee. His death was a purported suicide and his report was never released.

27 - Kevin Ives and Don Henry - Known as "The boys on the track" case. Reports say the boys may have stumbled upon the Mena Arkansas airport drug operation. A controversial case, the initial report of death said, due to falling asleep on railroad tracks. Later reports claim the two boys had been slain before being placed on the tracks. Many linked to the case died before their testimony could come before a Grand Jury.

THE FOLLOWING PERSONS HAD INFORMATION ON THE IVES/HENRY CASE:

33 - James Milan - Found decapitated. However, the Coroner ruled his death was due to "natural causes."

34 - Jordan Kettleson - Was found shot to death in the front seat of his pickup truck in June 1990.

Quite an impressive list! Pass this on. Let the public become aware of what happens to anyone who might damage the Clinton machine!

The U.S.Air Force confessing that HAARP is use for Weather Manipulation.

More than we can imagine. I'm an environmental science teacher and I know that trying to show this stuff to kids could cost me my job. It's sad watching the masses be brainwashed. They're really starting to step up their indoctrination. NASA shirts and clothing apparel are appearing everywhere.﻿

Neil and Buzz were the funniest comedians NASA ever produced. These clowns can only aspire to be that calibre.
Here's NASAs Don Pettit doing his routine, Here he hijacks an "Ancient Aliens" episode of "We lost the technology to get to the moon" Not a very impressive performance but still good for a laugh..... https://www.youtube.com/watch?v=qxJbQpdYINg

"Space may be the final frontier. But it's made in a Hollywood basement" - Californication - RHCP﻿

What is funny to me is that they can't keep the films of the biggest accomplishment in human history but they can keep all the so called video evidence of something that happened 20 years or so before...(world war 2) ????﻿

There are some real scientists that work at NASA and have no clue that there is any deception going on. It’s a small number of upper level people that are in a “need to know” position. There are videos of Satellites being launched that are tied to high altitude balloons. One was also found that had crash landed and was attached to a balloon.

Didn't you know? NASA was (and is) really a drama school masquerading as a space exploration organisation. Their primary task on the Apollo programme was to train not only astronauts and their families but also Flight Directors, capcoms, Mission Control department heads, sub-contractors, geology instructors, university lecturers and scientists around the world to act, and to coordinate their stories and maintain the fiction for half a century. RADA and the Actors' Studio have nothing on NASA. Everybody comes in for re-training every four years or so. And, of course, NASA being NASA, the whole operation was (and is) secret. Rockets and space travel are really just a sideline. It's obvious really. You mean you really didn't know this?﻿

EXCELLENT compilation - well done. Overwhelming evidence....incontestable. NASA is faking everything they do. And the killer crunch evidence comes in at 22. - the rocket which crashes into the dome firmament at 73 miles - which is exactly where mainstream "science" claims that the "ionosphere" begins, which is what they bounce radio waves off of. So in truth, radio waves don't bounce off of an "ionosphere" (which only means a supposed layer where the atoms are very few and dispersed. So why should radio waves bounce off of it? It makes no sense when you question it.) In reality, radio waves are bouncing off of the solid dome invisible firmament at 73 miles altitude. Which is also why space travel is impossible, why NASA is faking everything - and why even "low earth orbit" is more like 20 miles and upwards - not 99 to 1200 miles high as they falsely tell us.﻿

They aren't worried. They knew we'd figure it out but no one would believe us. If I were someone like Joe Rogan and had a greater influence, they would've dealt with me like they did with him when he was exposing the moon landing hoax. He changed his tune real fast and Neil Degrass Tyson showed up to prove we went lol. There is a reason Youtube/google hired thousands of people to monitor hoax and false flag videos. They don't want truth spreading as fast as it was. They've already altered search engines to point you in the direction they want you to go. It's easier than rewriting history books like they did for us.﻿

That’s why they only showed us pics of the earth and the shadows of objects weren’t parallel as they should be with a light source that’s millions of miles away.﻿

Do you know, I sometimes wonder if NASA send these videos out just to keep us occupied, I mean..how dumb are they, it's easy to edit bad footage, it's not rocket science﻿


According to the NASA Astronaut Neil Armstrong, the Aliens have a base on the Moon and told us in no uncertain terms to get off and stay off the Moon. According to un-confirmed reports, both Neil Armstrong and Edwin "Buzz" Aldrin saw UFOs shortly after that historic landing on the Moon in Apollo 11 on 21 July 1969. I remember hearing one of the astronauts refer to a "light" in or on a crater during the television transmission, followed by a request from mission control for further information. Nothing more was heard. According to a former NASA employee Otto Binder, unnamed radio hams with their own VHF receiving facilities that bypassed NASA's broadcasting outlets picked up the following exchange:

Apollo11: These "Babies" are huge, Sir! Enormous!
OH MY GOD! You wouldn't believe it!
I'm telling you there are other spacecraft out there,
Lined up on the far side of the crater edge!
They're on the Moon watching us!

A certain professor, who wished to remain anonymous, was engaged in a discussion with Neil Armstrong during a NASA symposium.

Professor: What REALLY happened out there with Apollo 11?

Armstrong: It was incredible, of course we had always known
there was a possibility, the fact is, we were
warned off! (by the Aliens). There was never any
question then of a space station or a moon city.

Professor: How do you mean "warned off"?

Armstrong: I can't go into details, except to say that their
ships were far superior to ours both in size and
technology - Boy, were they big! and menacing!
No, there is no question of a space station.

Professor: But NASA had other missions after Apollo 11?

Armstrong: Naturally - NASA was committed at that time, and
couldn't risk panic on Earth. But it really was a
quick scoop and back again.

Uskoro o laži zvanoj globalno zatopljenje.
"And if you happen to be walking along a lonely country road one night and you see your favorite aunt coming toward you, good luck to you too."