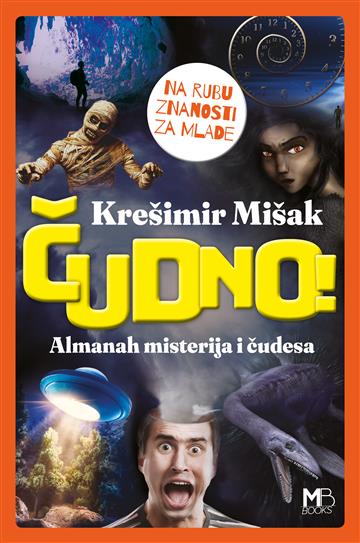 A to nije kraj.

Može i u raskrinkavanja temu ali i ovu.


latest is Tom Hanks who's been outed on you tube as the lost Rockefeller son who disappeared in papa New Guinea. Hanks might be female(?)

Bloody hell, that part at the end about crimes before they have been committed reminds me of the Tom Cruise film Minority Report!! Spooky!

It's the D-Wave A.I. Quantum Computer, reported to be able to
see into the future by upto 7 days and that the Elites can view their false flag events and adjust any changes needed to succeed.

Wow, I'd heard about 911 being a satanic ritual but not about the leaked document. Yes sad times we live in, unfortunately too many people are still asleep (sheep) and it's been going on for so long now that there is probably no turning back. The most frustrating thing is that it's been slapping us right in the face this whole time/hidden in plain sight

Dude in glasses sure does blink a lot and has a hard time looking straight ahead.

Bill has a q angle below his crotch( female only)
Shakira is a man and her famous song was " hips don't lie"( the q angle is the outermost curve of the upper thigh/ hip) for men it's above the crotch,for women it's below the crotch.
Beyonce is male name means " Boy-once"
There's a possibility that Elvis was female,,and Clint and Kyle Eastwood too.
Kyle for sure.
Carry Fisher of starwars Fame was male.. Harrison Ford told that.
Most of these transgenders are victims and didn't choose the life.

I would also say you can leave your Amber Alerts on because that could lead to saving a child, but everything else I would disable...and go Airplane mode when in Public places...but most importantly, you should seek a personal relationship with Jesus Christ, and abandon all things of this wicked World for these are the end of days and much death and destruction are coming and tomorrow isn't promised to any of us.
Most, if not all those rappers you listen to are Satanists, with membership with the Boule Society aka Black Skull&Bonesmen (established 117 years ago) though, they will lie about who they are on their webpage.

CERN will be Activated soon, once enough of the World's population has received the Mark

Without Jesus, there is no Salvation

So now Bill Gates is a scientist

They need to be thoroughly transvestigated. That Lady is not a lady I don't think

Looking at their wedding picture, that is what I was thinking. That AIN'T them! BUT I have bad eyes so what do I know...

Bill is actually a she

Melinda looks like Robin Williams, but these people make me throw up 🤮

That’s not the same woman from years ago,look up her pics
Whatever that is,it’s not Melinda Gates
Seems to be a lot of that these days,right?


For me personally, this Melinda is clearly a Trans-man. Look at his/her big hands and wide shoulders. The big thumbs, the strong neck muscles. The strong chin and cheek bones.
The nose is almost similar to the one of the actor Harry Lyme from Home Alone.
And if you look at Bill Gates himself, he has nowadays the face of a cute old lady. Also during his life, overall, he uses too many female hand gestures. A high pitched voice and almost no beard grow.
No they can't fool me anymore, there''s definitely something very very odd about this couple, no doubt about that!! In fact it's creepy

I’ve seen pictures of Melinda and I thought “damn, its a dude”. I’ve told few people but they said I am wired.
This video has proven me that there is something wrong with others not me.
It’s a dude yo. World went mad guys..

Yep. Bill is a woman and Malinda is man, there are many more celebrities who are inverted just like them!

I think she was replaced by this actor ten or fifteen years ago. Some say Kevin Kline. I'm leaning towards Robin Williams. Check out some pictures of Robin when he played Mrs. Doubtfire and his manorisims in The bird cage...

Cant remember Melinda Gates always looked like this. Did they kill the original Melinda and change her with this abomination?

If you type in Bill and Melinda Gates, then and now, you will see that they are totally different people...

The eyebrows so close to tops of eyes. Also, eyes being close together are male traits. "She" has to be a guy. It wouldn't be too bad-looking if it went back to being a man, but as a woman, quite ghastly.

If you look at photos of Melinda gates from a long time ago compared to today, it does not look like the same person!! I think they replaced her, cloned her, or something along those lines.. two completely different people from then to now

Al baš je jeziv s ovim poluosmijehom
"And if you happen to be walking along a lonely country road one night and you see your favorite aunt coming toward you, good luck to you too."